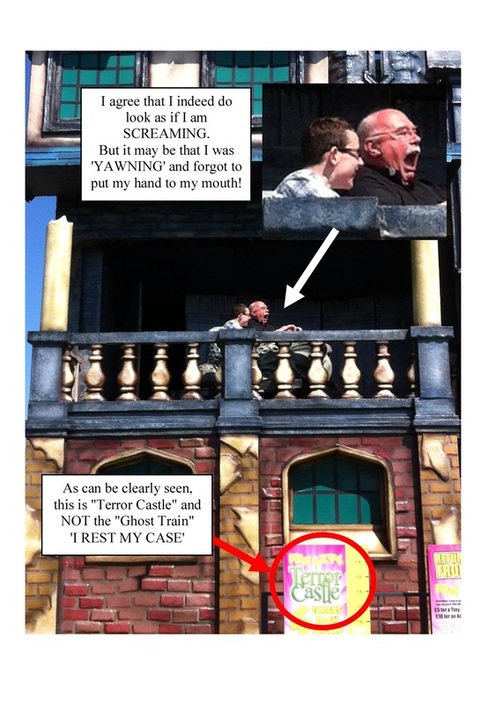 On Saturday the 6th of, July 2013, Father Jeff, Jason, Liam, Mary, Heather, and myself went to the Ebbsfleet Festival.  First of all we had a service.  I had to read a passage.  Then we went to Brean Leisure park.  We went to Fun City.  The first ride was the Bumper cars.  The bumper cars were really fun, we got bumped, (apart from Mary and Heather who didn’t go on it).  Father Jeff screamed.   Liam, Jason, and I went on the bumpy slide.  The bumpy slide was big and tall it was also green and had 4 slots, I went once while Liam and Jason went twice.  I only went once because at the end I fell off, and Liam and Jason didn’t.  After that we went on a rollercoaster, well when I say “we” I mean Jason, Liam and I. It was a caterpillar one but it was still fun and fast.  At the end it was really fast, even Jason screamed!  Soon after, Jason, Liam and I went on the log-flume.  We enjoyed this and the bumper cars a number of times.  Mary has a picture of us on the log-flume, looking very frightened!  Afterwards, Father treated us to an ice-cream and we had a break.  Next, Father and Liam had a ride on the Ghost Train.  I could hear Father screaming all the time!  Then Liam and I had a bounce on the trampoline.  The mirror maze was next for Father, Jason, Liam and I. Jason and I were first out.  Another quick ride on the log-flume and the bumper cars, then it was time to head home.  I had a really fantastic day!
By Ewan Davies.

ANOTHER ACCOUNT.......
On the 6th July we went to Brean leisure park. Father Jeff took us to the morning mass which was really good, Ewan stood up in front everyone to give a reading.  After the mass had ended we went back to the car and had some lunch, we all walked from the car to the entrance to the rides. The first ride we went was the dodgem cars father Jeff was enjoying it because he couldn't stop laughing, Liam was in one car, father Jeff was in another car and Ewan and Jason shared a car. Father Jeff was hit by Liam then a couple of minutes later he was hit by Ewan and I so father was hit twice in one day.  The second ride Ewan, Liam and I went on was the caterpillar rollercoaster, Liam asked the man who was in charge to make the rollercoaster go faster and Liam and Ewan were screaming but I was laughing as the rollercoaster got faster.  The third ride was the log flume Ewan was at the front, Liam was in the middle and I was at the back. The first time we went on it we didn't get very wet at first, but after we had been on several times we were all drenched.  The next ride Liam and father Jeff went on was the ghost train and father Jeff said to us that he wasn't scared of anything that screamed, jumped out or things that hung from the roof but as the train was just going around the corner mum and Mary shouted to Ewan and I saying that father was screaming all the way round on the ghost train and mum has a photo to prove it!  We all enjoyed ourselves very much and would like to say thank you to Mary and father Jeff for taking us.  By Liam and Jason Inchley

Fr. Jeff's Account
You will see that in the previous reports of our trip by Ewan, Liam and Jason there are a number of reports that I was 'Screaming' during one of the rides at the 'Fun City' Pleasure Park, I will give an unbiased and forensic explanation of the photograph which has been distributed later.
'WHAT A WONDERFUL DAY' we all had!  It started with packed lunches, sun cream and hats in the car park of the Good Shepherd on a bright Saturday morning.  We travelled to Brean along the M5 with grey clouds looming overhead.  The competition for paying for the first ice creams of the day was lost by everyone as not one of us saw any 'Camels' in the fields adjoining the motorway.
When we arrived, a 'Priest' dressed as a 'Car Park Attendant' greeted us and we found we were the first there (not surprising as we were the closest Parish which attended)!  We went straight to the 'Night Club' (which had been transformed into a worship space, with an Altar flood lit on the stage).  Very quickly the enormous room filled up with people from parishes from all over England, from Stoke-on-Trent to Portsmouth, about 100 adults and 200 young people.  We all had some singing practice, with a special job for Ewan as he practiced the reading from the Epistle and then the Mass commenced with a procession of banners from the parishes, the priests and our Principal Celebrant for the Mass, Bishop Roger Jupp.  We were all proud when our own Ewan read in front of the large congregation.  When the Mass concluded everyone was a good and happy mood, just ready for a picnic lunch and then the long awaited time on the 'Rides' at 'Fun City'.
We were so grateful to the Bishop of Ebbsfleet's Office for the organisation of the event with the financial support of the Confraternity of the Blessed Sacrament.
So, onto the subject of my reported 'Screaming', I am deeply indebted to Heather Inchey for her quick thinking in taking this photograph which proves invaluable.  The photograph is produced in 'vivid colour' on the notice board in church and here.  I have added some captions which will show that I may have been 'Yawning' at the time the photograph was taken as the ride was not 'scarey' at all and forgetting to put my hand in front of my mouth.  However, the most controversial matter is that Ewan, Liam, Jason, Heather and even my wife Mary have all stated that I was 'SCREAMING' on the 'GHOST TRAIN'.  Please may I draw your attention to the fact that the ride of which the photograph was taken was the "TERROR CASTLE" and DEFINITELY NOT the "GHOST TRAIN".  I rest my case.  We had a GREAT DAY OUT!  My thanks to all three boys for being well behaved and a pleasure to take out.  Roll on the next trip! 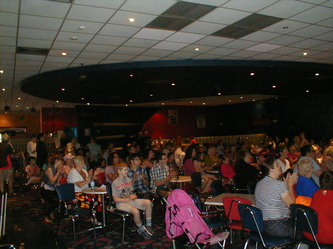 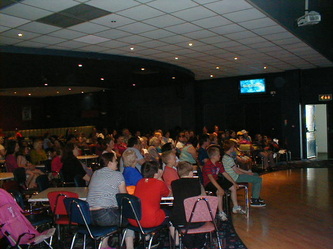 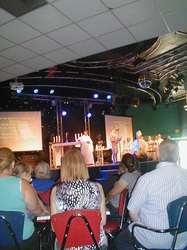 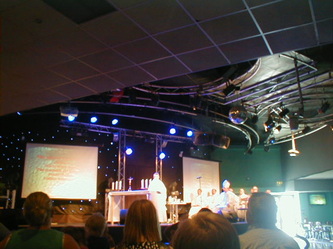 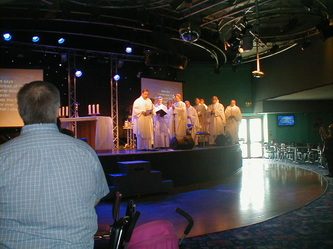 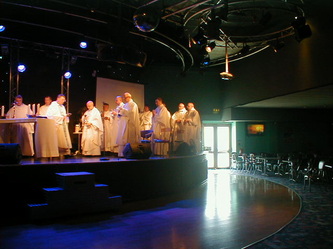 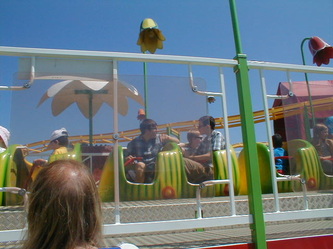 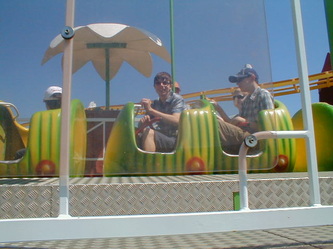 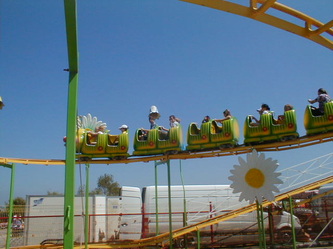 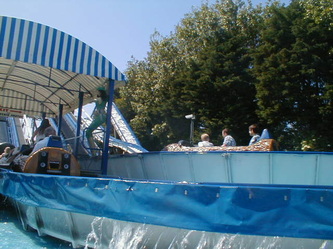 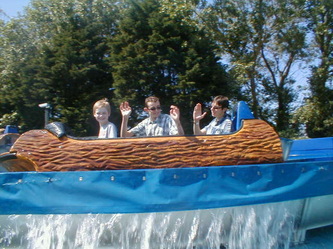 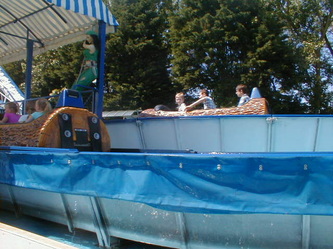 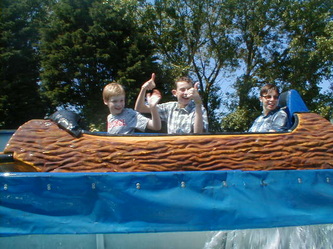 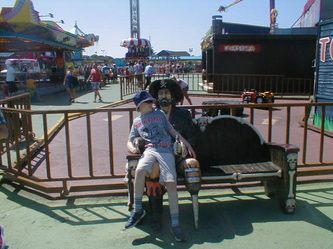 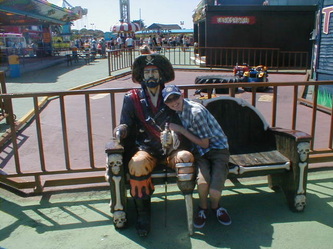 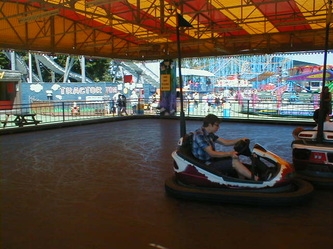 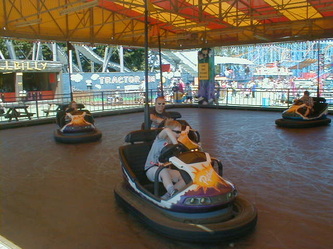 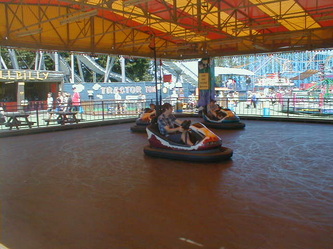 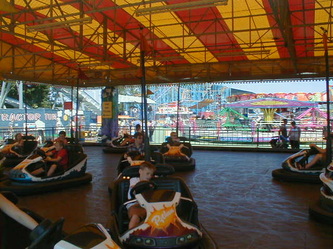 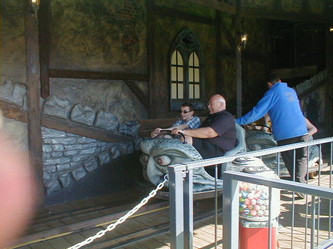 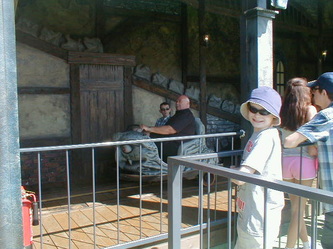